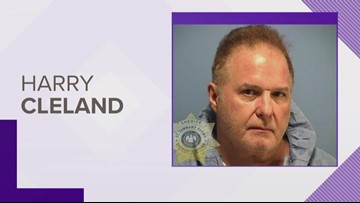 One person killed, another arrested after Madisonville fight

The investigation is on-going, a spokesperson with the St. Tammany Parish Sheriff’s Office said.

NEW ORLEANS — One person was killed and another was arrested in Madisonville Wednesday evening, a police spokesperson said.

St. Tammany Parish Sheriff’s deputies arrested 57-year-old Harry Cleland at a Mandeville home after he was reportedly involved in a fatal fight with somebody he was dating.

He was booked on a manslaughter charge.

The victim’s identity has not been released pending notification of his next of kin.

The fight happened at a home near  the intersection of Bedico Creek Boulevard and Louisiana Highway 1085.

► Get breaking news from your neighborhood delivered directly to you by downloading the FREE WWL-TV News app now in the IOS App Store or Google Play.

‘Gunsmoke’ Actress Amanda Blake Hid The Truth While They FilmedStandardNews