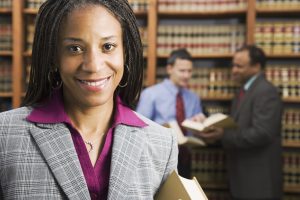 One of the greatest crises facing the legal profession, covered extensively in these pages, is the justice gap. For many reasons, including (but not limited to) the high cost of legal services, millions of Americans find themselves unable to obtain access to justice.

At the 2018 annual meeting and conference of the American Association of Law Libraries (AALL), held in Baltimore earlier this week, I attended a panel entitled “Three States and Three Approaches to Access to Justice.” It featured three librarians — Catherine McGuire of the Maryland State Law Library, Terrye Conroy of the University of South Carolina, and Miriam Childs of the Law Library of Louisiana — describing the A2J challenges they face in their states and what librarians can do to meet them.

Here are three takeaways from the discussion, advice for law librarians — as well as lawyers, law students, and anyone else interested in helping — on how to bridge the justice gap.

1. Understand the conditions on the ground.

Law libraries play a major role in addressing the justice gap. Legal aid lawyers are in short supply, especially due to funding cuts, and many Americans who need legal help actually don’t qualify for legal aid — their incomes are too high for legal aid, but too low to afford quality legal representation. As a result, many individuals must represent themselves pro se. Lacking law books or subscriptions to online legal research services, they seek help at libraries, where they can access legal authorities and sometimes even services like Westlaw and Lexis.

So the number and availability of law libraries open to the public must be considered when responding to the justice gap. For example, in Louisiana the law libraries open to the public are concentrated in the southern part of the state, where New Orleans and Baton Rouge are located, and in Maryland, they are concentrated in the central part of the state, as opposed to the east or west. Transportation and geography therefore affect the ability of the public to access legal resources.

The problem of access to justice is too large to be addressed by any one group. The panelists encouraged librarians to forge alliances with other constituencies who can help, including bar associations, whether state, county, or speciality bars; A2J organizations, such as formal Access to Justice Commissions or Judiciary Access to Justice Departments; public library systems; and legal services organizations like legal aid.

The best partners and partnerships will vary from state to state. Much will depend on what resources are available and which organizations are willing to help. Also, how aggressively a state regulates lawyers can play a role. In states with strong unauthorized practice of law (UPL) rules, non-lawyers might need to be more careful in terms of how much they do.

In Maryland, libraries have partnered with Legal Aid lawyers for a very successful “Lawyer in the Library” program (which is where ticket proceeds from the Above the Law/Evolve the Law event at AALL were donated). You can read about the Maryland program over at the Baltimore Sun, and you can read about “Law at the Library” programs in general over at the ABA Journal.

3. The internet is your friend.

The worldwide web has transformed so many areas of American life, including access to justice. And the full potential of the internet to help bridge the justice gap has not yet been fully realized.

Because of the problems of geography and limited library access discussed above, many people who need legal help have no choice but to turn to the web for resources. This is where law librarians — and lawyers, technologists, and academics — can help.

Terrye Conroy of the University of South Carolina talked about the successful “Circuit Riders” program and website she helped launch in her state. It began in 2007 as a series of day-long workshops, presented by law librarians to non-law librarians throughout South Carolina, to educate them about legal resources. Eventually it gave rise to a comprehensive website, Circuit Riders: Basic Legal Research Training, which describes itself as follows:

To reach the largest possible audience in the most economical way, we created this online guide that includes all of the Circuit Riders training materials and videos. With our new online presence, we hope to make it more convenient for busy librarians to access our materials and to encourage libraries to use these materials to conduct their own in-house workshops on legal research.

Today the website is a popular and important resource, used by South Carolina librarians and citizens both for researching for legal cases and for civic education more generally. Thanks to Circuit Riders and similar sites in other states, even citizens who don’t live near a law library can access legal resources, as long as they have internet access. (Of course, inadequate internet access for low-income people and people living in rural or remote parts of the country is a serious problem, known as the “digital divide” or “digital exclusion” — but let’s deal with one problem at a time.)

The problem of access to justice in our nation is vast. But if we do our homework, work together, and harness the power of technology, we can make a difference.

David Lat is editor at large and founding editor of Above the Law, as well as the author of Supreme Ambitions: A Novel. He previously worked as a federal prosecutor in Newark, New Jersey; a litigation associate at Wachtell, Lipton, Rosen & Katz; and a law clerk to Judge Diarmuid F. O’Scannlain of the U.S. Court of Appeals for the Ninth Circuit. You can connect with David on Twitter (@DavidLat), LinkedIn, and Facebook, and you can reach him by email at dlat@abovethelaw.com.

ABOVE THE LAW – DAILY HIGHLIGHTS

Love ATL? Let’s make it official.
Sign up for our newsletter.

FROM THE ABOVE THE LAW NETWORK