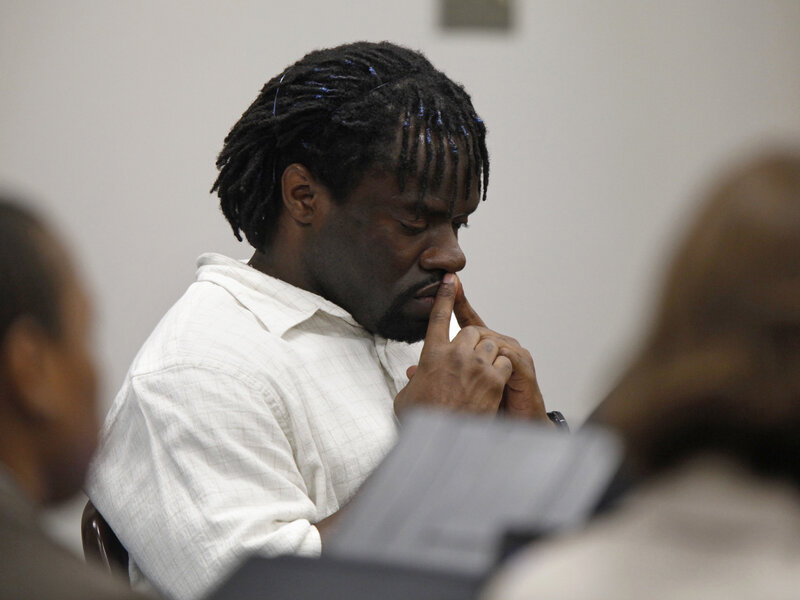 Death row inmate Marcus Robinson listens in 2012 as a judge concludes that racial bias played a role when he was sentenced to death. Robinson was resentenced to life, but he was sent back to death row years later after the state’s Racial Justice Act was repealed.

In closing arguments in a death penalty trial, the prosecution told an all-white jury that a black defendant was “a big black bull.”

In the case of a different black man, prosecutors justified excluding a black juror because he drank alcohol by calling him a “blk wino,” whereas a potential white juror who drank was considered “ok” and a “country boy.”

And in another courtroom exchange, a prosecutor grilled a black juror about whether he had trouble reading, but those same questions were never directed at other prospective jurors.

In North Carolina, the state’s Supreme Court is hearing arguments this week about these and other instances in which lawyers for six death row inmates say racial bias played such a role that their clients should not be executed, but rather given life in prison without parole.

Attorneys for the inmates say the evidence presented could potentially prompt new trials.

“They are waiting to see how the court is going to rule,” said lawyer David Weiss of the Center for Death Penalty Litigation, part of a coalition representing the six inmates.

The arguments before North Carolina’s highest court Monday and Tuesday are part of a complicated, years-long legal battle over racial discrimination in death row cases.

A decade ago, in 2009, the state’s Democratic-controlled legislature passed a one-of-its-kind law called the Racial Justice Act that allowed death row inmates to challenge their punishment if they could show that race was a “significant factor” in being sentenced to death. Nearly every single person on the state’s death row, including many white inmates, filed claims. But in 2013, North Carolina’s newly elected Republican majority repealed the law, and all the pending cases later were voided.

Lawyers and researchers, though, had already begun to dig into how much race was an issue in death penalty trials in North Carolina. One study that examined death row cases in the state over two decades found that prospective black jurors were dismissed more than twice as often as jurors of other races.

That evidence, lawyers for the inmates say, should not be ignored.

Consider the case of Marcus Robinson. He was 18 when authorities say he killed 17-year-old Erik Tornblom, who is white. Robinson is black. In 1994, a jury convicted him of murder and he was sentenced to death. When Robinson had a chance under the Racial Justice Act to prove that race may have played a role in his being sent to death row, he and his lawyers poured over the prosecution’s notes and found that 50 percent of prospective black jurors were dismissed, but just 4 out of 28 nonblack jurors were booted.

Federal courts have banned intentionally striking jurors based on race, a standard that applies in states such as North Carolina. But criminal justice experts say prosecutors are able to circumvent the ban by kicking black jurors off trial panels, purportedly for race-neutral reasons.

And that’s what a court found happened in Robinson’s case — the first to win an evidentiary hearing under the Racial Justice Act.

In 2012, in a 167-page opinion, Judge Greg Weeks concluded that prospective black jurors had been systematically excluded from Robinson’s trial, writing that it played a “distorting role.” The judge reduced his sentence to life. Yet after the Racial Justice Act was repealed, the ground shifted again. Now Robinson, 46, is back on death row. 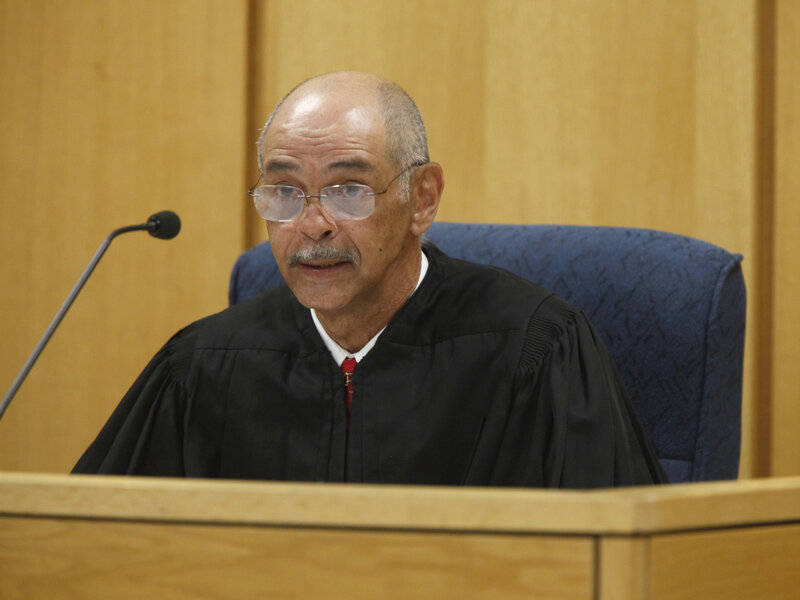 Robinson is one of four inmates who were resentenced to life without parole under the Racial Justice Act. Their cases, long with those of two inmates who filed petitions but were never given hearings, are before North Carolina’s high court.

The outcome could affect nearly 150 other prisoners who petitioned under the Racial Justice Act but were never given their day in court. Lawyers for those prisoners who filed claims say the law might now be gone, but they should still have a chance to prove that their clients’ punishment was racially motivated.

“If the seven justices rule in favor of the defendants, they will allow a much-needed systematic review of race discrimination in capital punishment,” reads a Charlotte Observer opinion piece written by Bryan Stevenson, who runs the Equal Justice Initiative and who testified as an expert during Robinson’s evidentiary hearing. “If they decide against the defendants, the justices will send a message that a mountain of evidence demonstrating racial injustice can be tossed aside and ignored.”

A group of former judges, prosecutors and law enforcement officials has an even more ambitious hope: that the court will use the case as an opportunity to strike down capital punishment in the state altogether.

State prosecutors counter that the law in question is now off the books and that the petitioners should move on.

In legal submissions to the state’s high court, the North Carolina Attorney General’s Office argued that a lower court acted appropriately when all of the claims under the Racial Justice Act were voided following the law’s repeal.

Robinson had opportunities on appeal to raise claims that his trial was tainted by racism, prosecutors said.

“Defendant has had numerous opportunities to raise claims of racial discrimination through procedures which have been, and continue to be, available to convicted criminal defendants in North Carolina,” wrote Senior Deputy Attorney General Danielle Marquis Elder.

It is not clear when high court is expected to rule.

Before the act was repealed, elected district attorneys across North Carolina were fiercely against it.

In a 2011 letter to state lawmakers from the statewide district attorney conference, Johnston County District Attorney Susan Doyle wrote that the Racial Justice Act “purports to protect murderers from racial bias. Let me assure you, it does not.”

“This act simply allows complex statistical maneuvering to overrule a jury’s decision, ignore the heinous acts of a murderer and ultimately put an end to the death penalty in our state,” Doyle wrote. “District Attorneys are being forced to devote a ridiculous amount of time and resources to these convicted murderers’ cases.”

She noted that the law swamped district attorney offices across the state with so many claims that the it was “crippling our criminal justice system.” For instance, Doyle estimated that the cost of copying all the documents and other evidence in one case that was being newly questioned could cost up to $50,000.

The district attorney group declined to comment to NPR about the case now in front of the North Carolina Supreme Court.

State statistics show that of the 142 peoplecurrently on death row in North Carolina, more than half – 78 of them – are black. About 22 percent of the state’s population is black, Census figures show. The last execution carried out in North Carolina was in 2006. 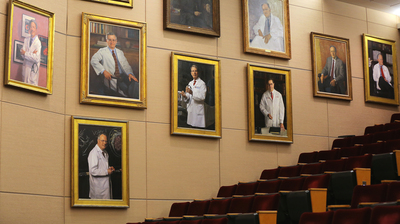 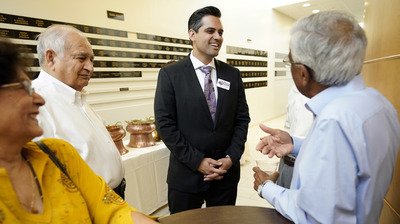 As Texas Suburbs Diversify, Democrats See An Opportunity For 2020 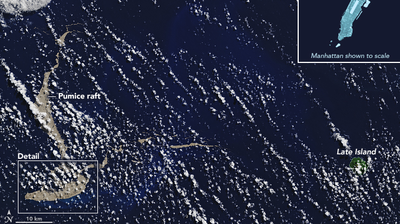 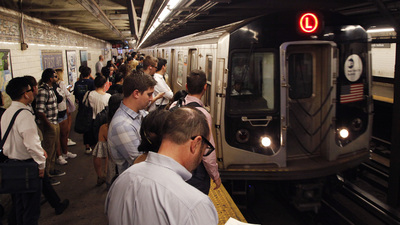 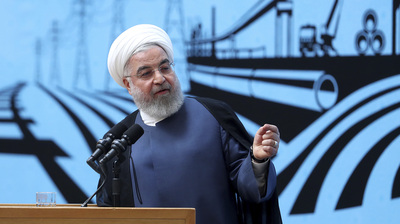 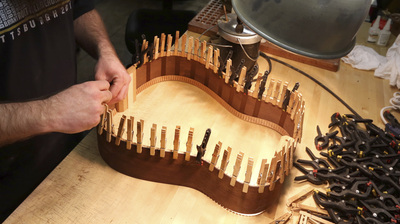 Musical Instruments To Be Exempt From Restrictions On Heavily Trafficked Rosewood