Beastie Boys have spent much of this year celebrating their legacy as a group. In March, surviving members Adam “Ad-Rock” Horovitz and Michael “Mike D” Diamond appeared in a documentary dedicated to the 25th anniversary of their album Ill Communication. The group also released new versions of To the 5 Boroughs and Paul’s Boutique to celebrate the album’s anniversaries this past summer. And now, they’ve announced new vinyl reissues of all three of these anniversary albums.

The new 180-gram vinyl editions arrive in a variety of new colors. For the 30th anniversary of Paul’s Boutique, the record is being pressed on standard black vinyl, as well as a limited-edition violet colored vinyl. Meanwhile, Ill Communication will receive a new silver-metallic edition for its 25th anniversary, while To The 5 Boroughs is coming to blue vinyl for its 15th anniversary. All three reissues are due out on October 4.

Michael “Mike D” Diamond, Adam “MCA” Yauch, and Adam “Ad-Rock” Horovitz formed the Beastie Boys in 1981. Their debut album Licensed to Ill was released in 1986 and celebrated its 30th anniversary in 2016. Since then, the group has released seven albums—Paul’s Boutique, Check Your Head, Ill Communication, Hello Nasty, To the 5 Boroughs, The Mix-Up, and Hot Sauce Committee Part Two. In 2012, the group announced that they were disbanding following the death of group member Adam Yauch. 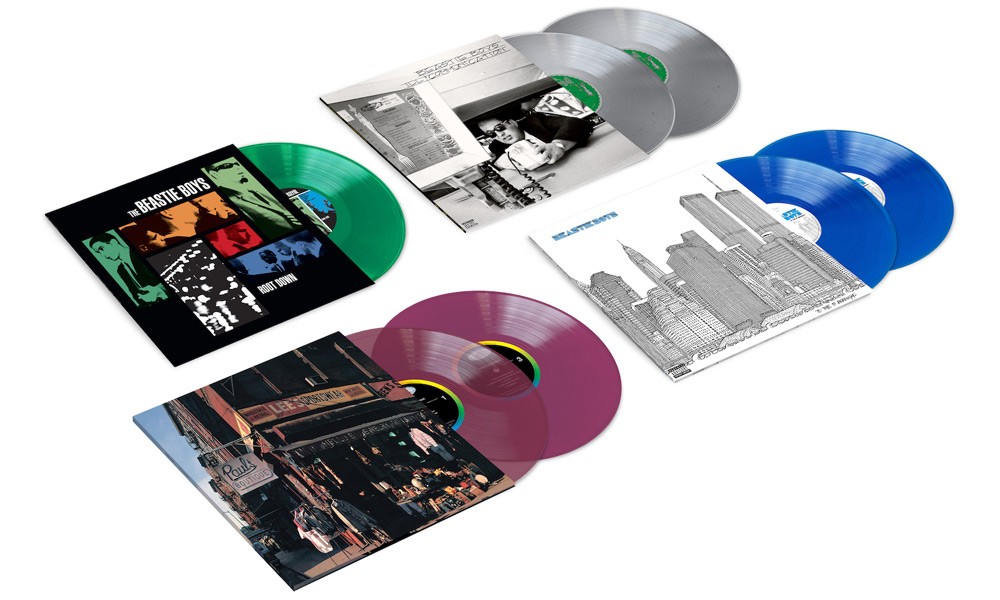