New ABA Report: Everything You Ever Wanted To Know About The Legal Profession But Didn’t Know Where To Ask 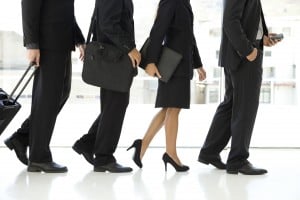 Wondering how many lawyers actively practice in the United States? I happen to have the answer: 1,352,027. And I can also tell you that a quarter of those lawyers are in just two states, California and New York.

I have these facts at the ready thanks to the new ABA Profile of the Legal Profession, a 100-page compendium of statistics released Saturday during the ABA annual meeting in San Francisco.

The report provides insights on lawyer demographics, earnings, diversity, pro bono service, legal education, use of technology, well-being, and discipline. It pulls together data from sources within the ABA as well as from various outside sources, particularly the National Association for Law Placement.

“This report is an important reference for anyone who wants to understand where the legal profession came from and where it stands today,” ABA President Bob Carlson said.

Ironically, the one set of demographics I’d hoped to see in the report is not there. When I first heard the report would be coming, I had hoped it would provide information on breakdown of lawyers by firm size — how many solos, how many in small firms, etc. But the report has nothing on this.

That aside, there is plenty-enough to provide a wide-ranging overview of the legal profession. Here is some of what it reveals.

Gender. While the number of female attorneys has grown over the last decade, male attorneys still outnumber female attorneys by 2-1 (64 percent male to 36 percent female). But compared to 50 years ago, we have made progress. From 1950 to 1970, only 3 percent of all lawyers were women. The percentage has edged up gradually since then — 8 percent in 1980, 20 percent in 1991, 27 percent in 2000, and 36 percent today. Today, one out of three law school deans is a woman, compared to 1-in-10 in 2000. Among law students, women outnumbered men for the first time in 2014 and the gap has continued to grow ever since, with women law students consistently outnumbering males. Across all sectors of the legal profession, women lawyers earn less than men.

Lawyers with disabilities. Roughly 0.5 percent of lawyers report have disabilities, a number that, while small, has doubled over the last decade. That is about the same number of law firm partners who report having disabilities.

LGBT lawyers. No reliable numbers exist on the total number of LGBT lawyers in all parts of the legal profession, the report says. However, the annual survey conducted by NALP put the percentage at 2.86 percent, up from 2.48 percent two years earlier. The NALP survey also found that the number of LGBT law firm partners had risen from 1.4 percent in 2009 to 2.11 percent today.

Earnings. The average lawyer earns a salary of $144,230. And while lawyer salaries continue to grow, they do so at less than the rate of inflation. The fastest growth ever in lawyer pay occurred from 1997-2002, when the average went from $72,840 to $105,890. The highest average salaries are in California and the lowest are in Puerto Rico, while the midpoint can be found in Salisbury, Md., where the average pay is $109,580.

Technology. One in four lawyers say their law firm has experienced a computer security breach, but only one in three law firms has cyber liability insurance. Viruses, spyware, and malware are fairly common, which 40 percent of lawyers saying their firm had been infected at some point. The most popular social networks among lawyers are LinkedIn (82 percent), Facebook (47 percent), Avvo (27 percent), Twitter (25 percent), Martindale (15 percent), and Google Plus (7 percent).

Lawyer well-being. Among lawyers, 21 percent are problem drinkers — a rate that is triple that of the general population and double that of other highly educated populations. Twenty-eight percent of lawyers struggle with depression and 19 percent have symptoms of anxiety.

The full report is available online at www.americanbar.org/profile. 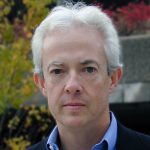 Robert Ambrogi is a Massachusetts lawyer and journalist who has been covering legal technology and the web for more than 20 years, primarily through his blog LawSites.com. Former editor-in-chief of several legal newspapers, he is a fellow of the College of Law Practice Management and an inaugural Fastcase 50 honoree. He can be reached by email at ambrogi@gmail.com, and you can follow him on Twitter (@BobAmbrogi).

ABOVE THE LAW – DAILY HIGHLIGHTS

Love ATL? Let’s make it official.
Sign up for our newsletter.

FROM THE ABOVE THE LAW NETWORK